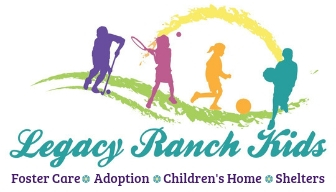 I am going to take you back in time to a darker place in my life; my life has contained three T’s Tragedy, Trials, and Triumph. I would l would like you to close your eyes and picture this… In a suburban town in a quiet neighborhood there was a small yellow house across from the local fire department.

Inside the house was atrocity and chaos. Inside were my biological mother, my brothers Josh, Nathan, and Josef who were eight, five and two and a half and last but not least my little sister Alea Christina Nicole who was five months old. To look into the eyes of my Brother Josh’s was to look into the eyes of an old man that had seen far too much in his life. But his life had not yet begun. In Nathan’s eyes was heart wrenching fear, as wounded animal caged. The fear of death was there in his face, he had witnessed something that grown men shouldn’t see – his little sister murdered. It wasn’t till after her murder that Child Protective Services (CPS) intervened. Even though for months the fire department, school nurses, doctor, teachers and other local officials had reported abuse and neglect towards us children.

When we were removed the law officials who removed us has to put Josef in a strait jacket just to get him under control. I have been told that for months after being removed I would sit alone saying “Just let me die.” I was only three years old. I believe my thought process was that dying was the only way that I could make the pain raging inside stop or at least lessen.

I built a solid wall around my heart hoping that I could keep from being hurt again. But in building that wall I was keeping more than hurt in, I was keeping love in and love out. I was reported saying “Just Let Me Die” by Meri Reed. Mariah Wilde (Executive Director of Familylink)’s Mom. Mariah met me and my younger brother Josef when we were in our first Foster Care Placement and their family did respite often for my brother and I. Mariah wanted to take Josef and I in when we were removed a second time when our new little sister was born with Cocaine in her system but she already had five children and three little ones.

Mariah figured the next best thing was to suggest her parents become foster parents. So they were licensed and we were placed with the Reed Family. The Reed family then was Michael (Pop Michael), Meri (Mimi), Christianna (Toni), Michelle (Chelle), Charity, and David Michael.

Quickly they became like family and they were ever patient with the angry, hurting and scared children that we were. They started introducing us to Jesus and they held a weekly home Bible Study. Their friend Jane also attended these and low and behold the Reed/Wilde families had gotten her interested in fostering too! One day she brought her two foster sons and you can imagine the surprise when we saw not her foster sons but our older siblings that we had been separated from again. We were placed back three times with the biological family and removed just as many and continued to grow up in the state system for seven years.

I developed an emotional based stomach problem. I would get REALLY sick to my stomach every “visit”. I would think that this would be the day that I would go “home” and everything would go back to “normal.” I thought that the pain of never being sure of what was going to happen would leave. At the end of each visit Elizabeth (Bio Mom) would hug us tell us she loved us and would see us next time and leave. We would watch her leave and again the hopes of a child would be dashed. There is only so much that a child can take without being permanently damaged. I began to see that what I thought was normal wasn’t and that it was not how life should be lead and I quit calling Elizabeth mom because I realized that a true parent would have allowed the abuse that we suffered. I began calling my current foster mother mom – when Jane (Mom) realized that she had our siblings her heart broke knowing the amount of loss that we had already survived and requested that we be moved to her home to be with our siblings. We were with her for the rest of the duration of our time in care and she later adopted us. A single mom in her mid-fifties gave up the “cute little grandmother” image to be a mother to five hurting children.

Mom and I are now close as friends and parent. Because she was friends with the Wilde/Reed families we spent many a weekend/ weeks there growing up with Mariah’s children as well. We were like an extended family. I am now in college the first person in my biological family to graduate from High School and now the first to go to College. I am attending Austin Community College (ACC) until I can transfer to the University of Texas at Austin (UT at A). I am also working full time at Family Link. It is a different experience because I grew up in the system and now I am helping to prevent kids from spending the amount of years in the system that I did. We strive to limit the amount of moves that children experience because they are more insecure with each move and if you allow the children to build emotional walls around their hearts and emotions it is harder to help them feel safe and loved and secure.

I am now sick free, no medications and succeeding with Christ in my life. I thank Him for the second chance at life and I am doing my best to help kids that I can relate too. I hope that my story has given you some insight into the life of a child from the system. With Christ and people willing to open their hearts and homes to scared hurting children, we have an opportunity to make something from the ashes.

“ – bestow on them a crown of beauty instead of ashes, the oil of joy instead of mourning, and a garment of praise instead of a spirit of despair. They will be called oaks of righteousness, a planting of the LORD for the display of his splendor.” Isaiah 61:3 NIV